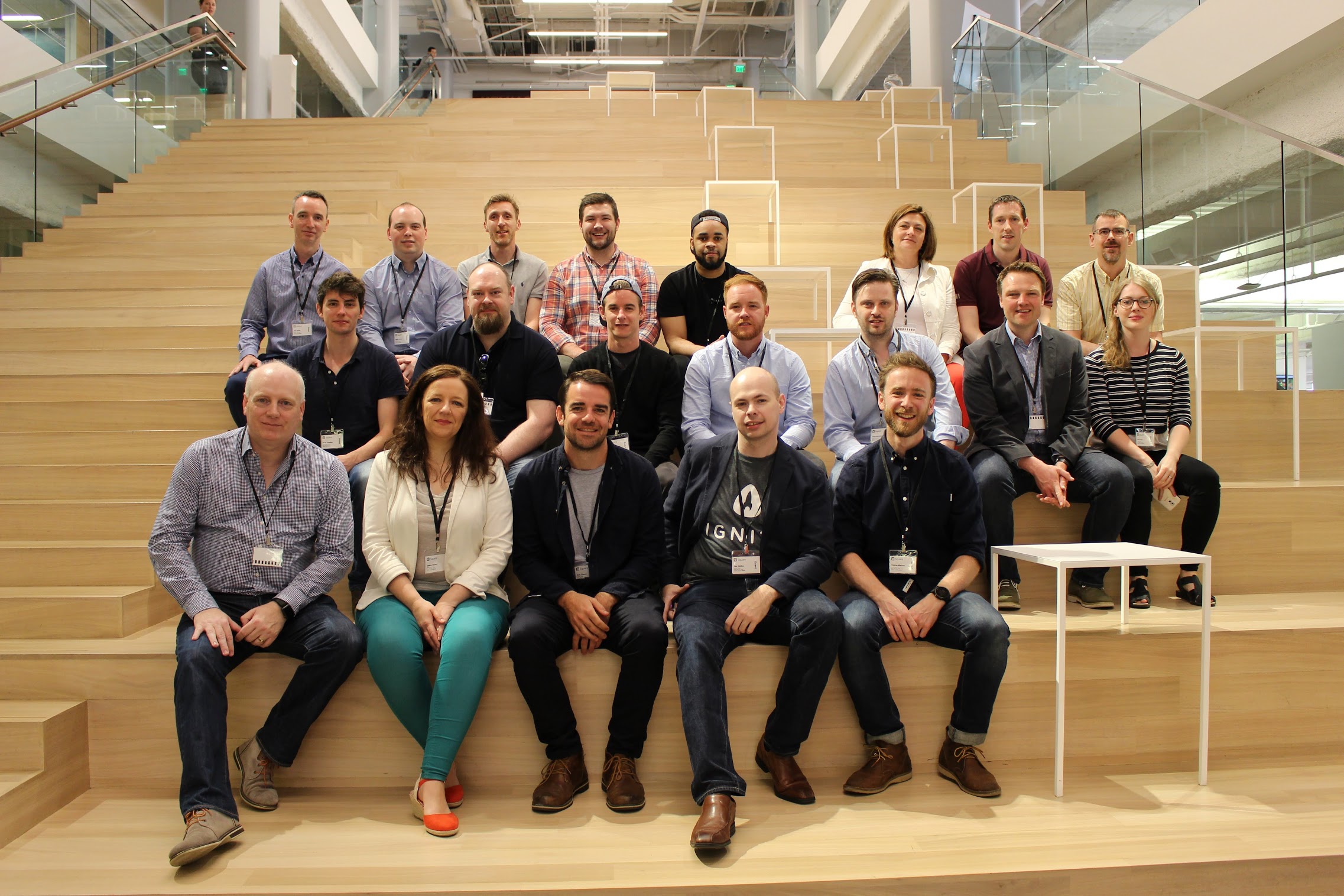 Landed’s CEO, Emma Gunes, (second from bottom left) along with other start-ups from Northern Ireland on their trip to San Francisco and New York City.

It’s not often you get to travel to the other side of the world for work, but our CEO, Emma Gunes, got the opportunity to do just that when she made her way to New York and San Francisco last month.

LANDED was among some of the top start-ups from Northern Ireland that were selected to travel as part of the Ignite NI Accelerator programme.

The first ever Ignite NI Accelerator programme involves 10 ‘highly potential’ start-up teams from across Northern Ireland. During the fantastic trip, the 10 growing tech companies given the opportunity to soak up advice from some of the world’s top technology companies including Google, Yahoo, Square, Expedia, Trov and Seatgeek.

Emma, Founder of LANDED and one of the Cohort in the Ignite Accelerator Programme said she was delighted to be given the opportunity to travel to the US with other start-up companies.

“It was such a privilege to get exposure to these amazing companies. In terms of growth and marketing models, those are the companies that are setting the bar, and it’s high. They have survived the journey that we’re currently on, and they have bruises to show for it.” she said.

The trip started at 5am on Saturday April 21, when Emma began her 16-hour journey to San Francisco. It was the first leg of the 10-day trip along with nine other entrepreneurs, all on a quest to learn more about turning their start-ups into global success stories. 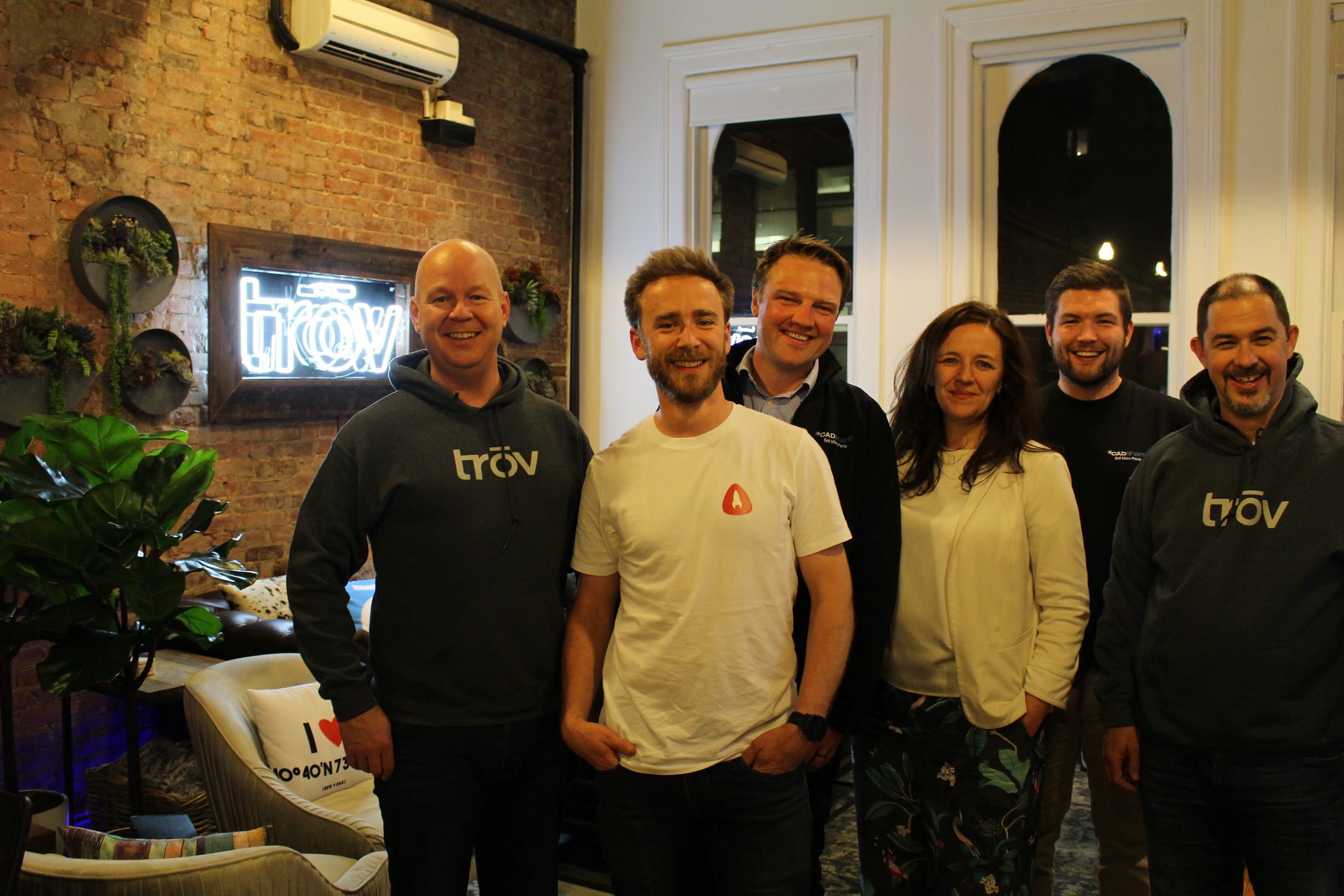 The Ignite Cohort at Square.com HQ in San Francisco.

“After 16 hours of travel, 2 hours at USA customs & border checks I had a day exploring San Francisco (including sailing under the Golden Gate Bridge) and a chance to get over the jet lag before 3 intense days of workshops and mentoring session with some of the most successful start-up teams in San Francisco, including a workshop by Sarah Friars, CFO of Squareup.com.

“Sarah, who is originally from Sion Mills, Co Tyrone, hosted us at their amazing HQ and shared with us some of the ups and downs Square has gone through to be the success it is today.” Emma added.

Emma said the highlight of her trip was the talk she had with Susan O’Malley, another Irish woman in San Francisco. They chatted about the importance of building strong teams, strong culture and being mindful of the company they want to build.

“On posting a selfie to a mutual friend from her Google days, it also turns out she was flatmates with my brother-in-law’s sister…the start-up world is a small one!” she laughed.

On day five of the spectacular trip, the crew made their way to New York City after one final CEO breakfast in San Fran. They continued to pitch their ideas to VCs and mentors from the start-up community on the east coast and enjoyed an ‘incredible’ tour of the offices at Ocean Digital. They then attended a workshop by Karl Alomar COO of Ocean Digital, a guide to navigating through the various stages of growth & evolution in the life of a start-up.

Emma went on to say that a special moment for her from the New York leg of the trip was having an intimate chat on a rooftop with the very successful entrepreneur, Scott Walcheck of Trov.

“To hear Scott’s life story of trials and tribulations as an entrepreneur including some real rough lows was inspiring. His enthusiasm for building successful teams is infectious and their office in downtown Manhattan are simple awe inspiring.” she continued. 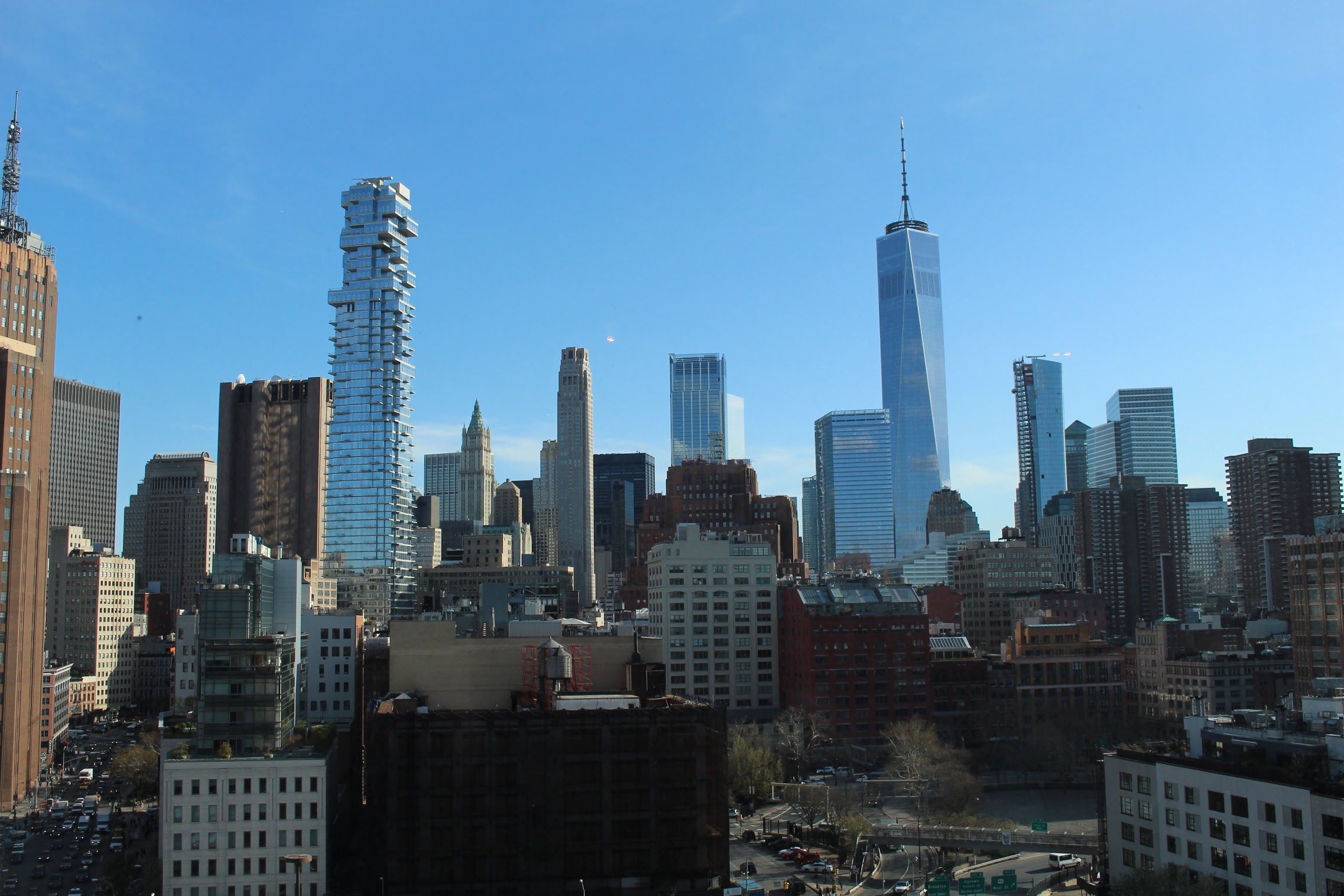 After five full days of pitching and mentoring Emma finally got to relax and absorb of the advice received whilst trying to fit in seeing as much of NYC as possible in 12 hours before the long journey home.

“Now it’s about putting all that learning into practice so that one day 10 entrepreneurs from NI will be visiting LANDED’s swanky NYC office and enjoy a beer & pizza on the roof.” Emma concluded.

This website uses cookies to improve your experience while you navigate through the website. Out of these, the cookies that are categorized as necessary are stored on your browser as they are essential for the working of basic functionalities of the website. We also use third-party cookies that help us analyze and understand how you use this website. These cookies will be stored in your browser only with your consent. You also have the option to opt-out of these cookies. But opting out of some of these cookies may affect your browsing experience.
Necessary Always Enabled

Any cookies that may not be particularly necessary for the website to function and is used specifically to collect user personal data via analytics, ads, other embedded contents are termed as non-necessary cookies. It is mandatory to procure user consent prior to running these cookies on your website.

You can find out more about which cookies we are using or switch them off in settings.

This website uses cookies so that we can provide you with the best user experience possible. Cookie information is stored in your browser and performs functions such as recognising you when you return to our website and helping our team to understand which sections of the website you find most interesting and useful.

Strictly Necessary Cookie should be enabled at all times so that we can save your preferences for cookie settings.

If you disable this cookie, we will not be able to save your preferences. This means that every time you visit this website you will need to enable or disable cookies again.